The most popular (and annoying) question I was asked shortly after being hit by an SUV while riding my bicycle was whether I was going to ride my bike again. My wife was asked that question too – a lot. I think she hated the question more than I did. My response was often made with a sly smile and then something not so clever like, “If you were in a car crash, would you drive again?” I wanted to ride again ASAP. My wife was slightly less enthusiastic. She’s the one who got the call that I had been hit by an SUV. She’s the one who saw me battered and bloodied in the ER. She’s the one who had to deal with picking up the pieces for months afterwards. I didn’t care what anyone else thought about me riding again except my wife. If she really (REALLY) didn’t want me to ride again, I would stop. We talked about it and eventually came to the agreement that I would ride, even though she wasn’t going to ever love the idea. To this day, I text her before every ride, letting her know where I’m riding and about how long I think it’ll take. If she’s away from the house, then I also text her when I get back. If I don’t send those text messages – I’m in trouble – big trouble.

I don’t remember a thing about getting hit. Doctors have told me it’s best that I don’t remember, otherwise I’d likely experience PTSD symptoms of some sort. I didn’t have any fear of riding with traffic. What I did have hesitation about was riding in quieter neighborhoods with lots of side streets entering from my right, similar to the place where I got hit. My first time back on the saddle was Thursday, April 17, 2014 – a commute to and from work. My body didn’t feel too good, but mentally and emotionally it was great to be back out there. I didn’t ride a lot in those early days. My physical therapist said it was fine to ride (he was also a fellow cyclist), but to not over do it. He said being in that riding position was going to be a bit painful for a while. He was right. My neck bothered me the most, but my shoulders and left wrist also didn’t feel too good early on either. I eased back into riding. I was happy to be able to ride at all, especially only a little over two months after being hit.

2014 sucked. Yes, I was thankful to be alive, but I was tired of “recovering”. At some point in 2015 I decided I wanted to go all out on the bike. Sure, I’d never ridden longer than 50 miles before, but that didn’t stop me from aiming to do as many 70 and 100 mile events as possible. There was something inside me that wanted to take the frustration of 2014 out on the roads. I was quietly and passively suffering in 2014, so, in a perverse way, I wanted 2015 to be about intentionally suffering in the form of riding as many events as my body could take. I chose a number of rides that were full of mountains, some of which were in altitudes I’d never even walked around in, let alone pedaled a bicycle up. I didn’t care. I was tired of waiting for just “one more thing” to happen before I would be totally “repaired”; whether that was my upper body healing, the work on my mouth being completed, or my case being settled. I wanted to pour my frustration into something that I couldn’t have imagined myself doing a year before when I was laid up on the couch looking eerily similar to E.T. when they found him in that creek. 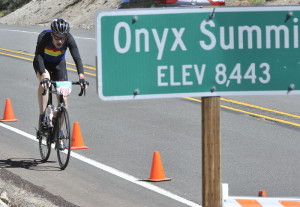 I trained for these rides by building up miles and also climbing more than I normally would. By the end of September my left knee was showing signs of tendonitis. By mid-October, my left knee had full blown tendonitis, partially from riding too much and partially from picking up a hitch in my pedal stroke that tried to compensate for my knee starting to hurt. I had planned on doing at least one more ride after October 10, but decided I had reached my limit for the year.

I continue to ride. I continue to cringe when people think I’m crazy for riding after being hit. I avoid that conversation for the most part. Those who don’t ride typically don’t understand. Riding a bicycle with traffic is a risk. There are lots of risks we all take in life. And, just like any risk, getting back on the bicycle was a risk I had to evaluate (with my wife) and determine whether it was worth it. For me it was. For others it won’t be. I don’t blame those who stop riding after being hit. Each individual has to make that decision, taking into account a lot – of everything. I just wish those who hear about that decision respect it enough to not feel the need to criticize it. It’s hard enough to make the decision as it is.

I’m capturing my journey towards recovery after being hit by an SUV while riding my bicycle on February 8th, 2014. I’ve learned quite a bit along the way and want to share those lessons. I’m not a doctor, lawyer, or any other sort of expert in this area. Any insights I provide along the way should be taken as my insights to my particular situation. In other words, seek professional counsel if you find yourself in similar circumstances. See more here.